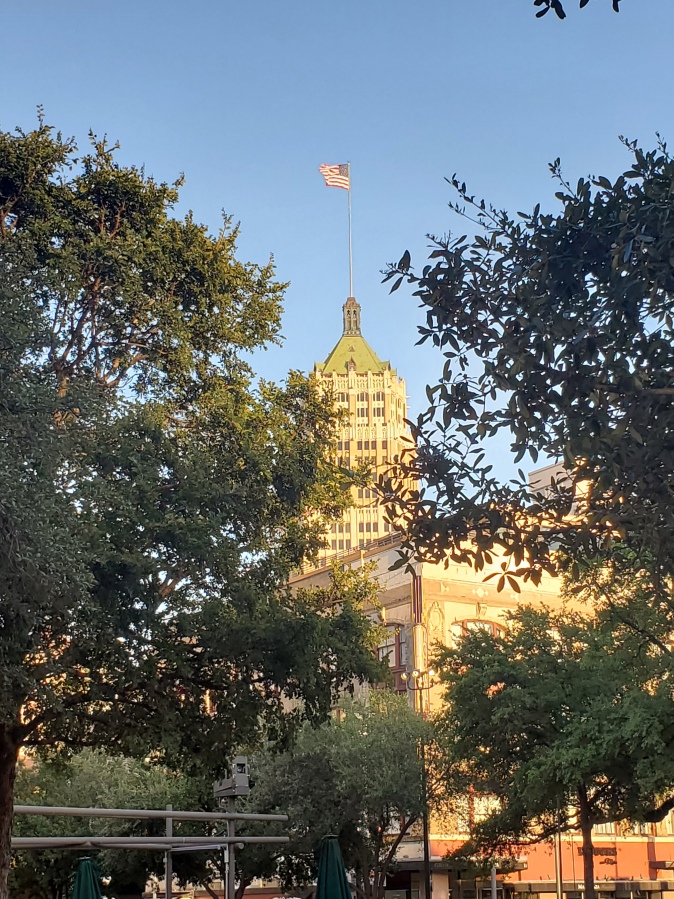 Llama is still wrapping his head around the whole COVID19 thing but, of course, is willing to be safe and healthy to keep traveling. After 6 months at home, he finally donned his mask and headed out.

Llama and his traveling companions decided to head to the coast for a few days. After not leaving home since February, Llama was all in.

Leaving home mid-day, the first stop was San Antonio. What Llama found was a ghost town.

Karol, Llama’s traveling companion, grew up in San Antonio. She kept remarking that she had never seen downtown SA so empty.

El Mercado was deserted. Arriving for dinner, Llama found shops closed and only one restaurant open, the legendary Mi Terra.

From El Mercado, Llama and friends wandered downtown San Antonio along the Riverwalk to the Alamo. It was a hot, sticky evening but still nice to be out. With no one around, it was easy to notice plaques, markers, and street art that are normally covered up with crowds of people.

Basically Llama and companions walked around for a couple of hours and took pictures of the architecture. It was nice to be out. Llama et. al. had their masks and would put them on when they got anywhere close to people. Many people were wearing them all the time, regardless.

After the drive to SA, great meal, and 10,000+ steps of walking, Llama was happy to relax for the evening.

Great start to a little get away. Kinda weird but great. Off to the next locale tomorrow.